So. You won some money and you’re ready to withdraw. Congratulations. Requesting your withdrawal is even faster and easier than ordering fast food. Step 1: Log in to your account (Is that really a step? Log into your- scratch that) Step 1: Click on Menu. Then Withdraw. Step 2: Select your payment method. Step 3: Enter amount. Press withdraw. Then you’re done. Think about all the burgers you’re gonna be able to buy with this money. Like a million. Click here to request your withdrawal.

You did it. You signed up, you made your first deposit, and you got your bonus. Now what? If you’re starting with a small bankroll or want to ensure that you’ll have plenty of play time, Try out Cash Bandits. This slot is a player favorite. It pays out tons of little wins and a few big ones If you’re more of a risk taker, Or you’re after that one big win. Take a look at Bubble, Bubble. You won’t win as often. But when you do, It can be huge. Finally. If you really want to make it rain, take a look at some of our big jackpot slots. Games like Achilles, or holiday favorites like Naughty or Nice or Rudolph’s Revenge, have jackpots that get enormous. These games are just the beginning. Take the time to try out […]

How to make a deposit and claim your bonus in less time than it will take for your boss to notice. Step One: Log in to your account. Step Two: Click on deposit. Step Three: Choose your payment method. Step Four: Enter amount. Now it’s time to get that bonus. First, click on the menu. Now, click on the coupon. Finally, enter your coupon code. And that’s it! Who’s the boss now? You are. You’re the boss. Click here to claim your bonus. 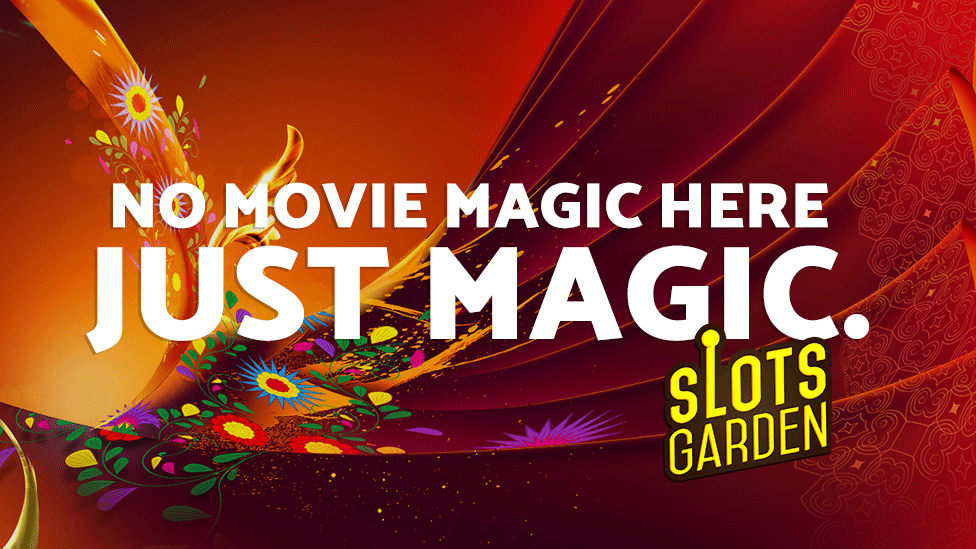 After 166k, that’s a wrap! He became a huge celebrity on the small screen…   Michael H. from Hollywood used his break time to play a few rounds in between shoots. That’s movie lingo for filming. 😉 He could have been doing a period piece like La Bamba or the Buddy Holly Story, because when he logged in with his phone he went straight to the still-new Big Bopper game. At 12:07pm he starts at 15 bucks a spin. In under 2 minutes he wins 241.50. Now that he’s made a profit, he DOUBLES his bets to 30 a spin. In just 5 spins he wins: 0, 0, 0, 70, 150 and a Re-spin Feature. It pays him another 510. Less than a minute later he’s up 72 and hits another Re-spin Feature for 450. Next spin, nothing. Spins again, […]

Your ‘Courtesy Spins’ are ready NOW   You know it. You love it. Now, play it…on the house.   Builder Beaver has been a player favorite for quite some time now. With its Major and Minor random jackpots, plus 5 reels and 25-lines, no wonder players fall in love with this game from the get go. With so many ways to win, the game pays out consistently throughout game play. (This is sometimes referred to as being “loose” or “medium volatility”.) This week, the Every Day Spins promo* gives you 7 spins when you login and play with your cell phone. Hit the Builder Beaver jackpot and it’s your, scot free. Plus, you’ll also get 7 additional spins when you login and play with your PC or Mac. That’s not either or. Get them both for a total of 14 […] 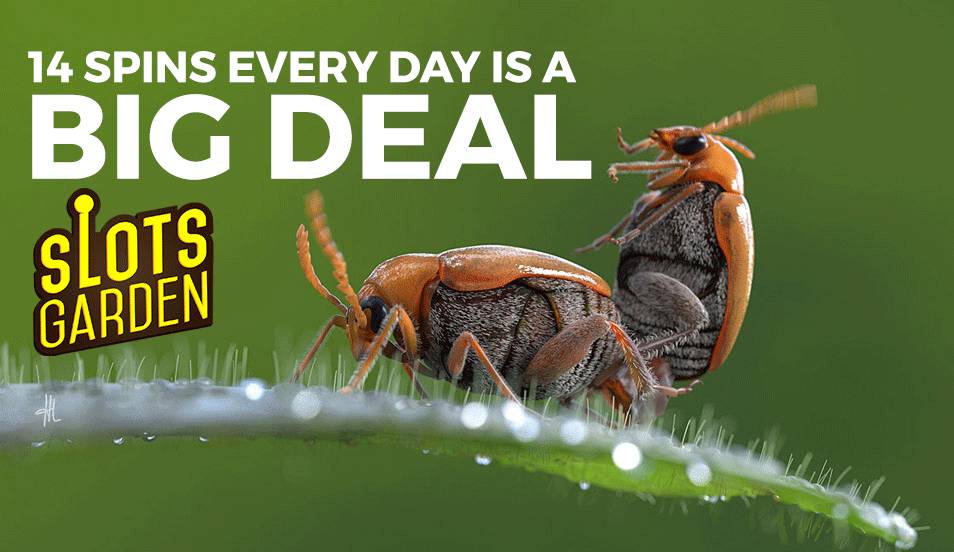 It’s small. It’s Lilliputian, in fact, it’s downright tiny. But the jackpots are HUGE. And they fit in your pocket. Small Fortune is the Every Day Spins game of the week. And trust me, you won’t mind these little critters at your next picnic. Or in your pocket. Starting today, you’ll get 7 free spins to win the Small Fortune jackpot when you play on your cell phone. You know, that thing in your pocket. And to sweeten the deal, you’ll get 7 additional spins when you login and play with your PC or Mac. That’s 14 spins on the house each and every day to win a jackpot. No matter who you are, that’s huge! Chase the Small Fortune jackpot now. 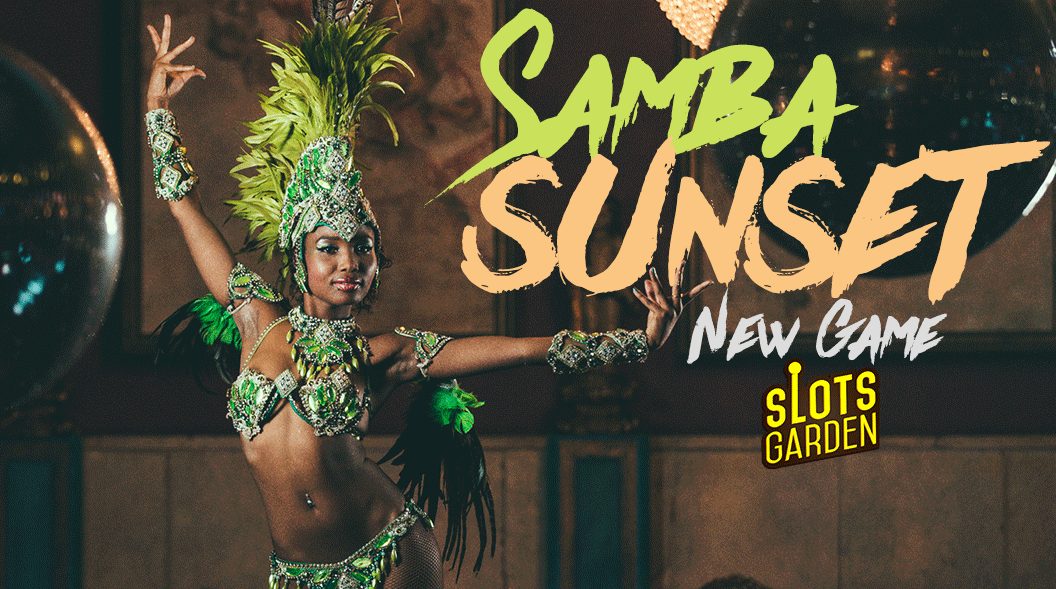 And this is just the beginning… Barely a week old and players are already winning left, right and center with our hottest new game… Samba Sunset.   New games always pay. Ask Joseph L. from Virginia who took it for a spin and won $5,360.60. Or Timothy S. from Pennsylvania who was playing on his cell and won $6,660.70. Two Californians, Patricia P.  and Matt L., no strangers to hot sunsets themselves, also won big hitting $11,855.40 and $11,912.75 respectively. Christina T. hailing from Superman’s home state of Kentucky hit $28,508.15 playing on her phone. She doesn’t mind roaming charges anymore. All winners on Samba Sunset. Oldie but goodie, Caesar’s Empire, bestowed a fat payday to Julie H. who hit 5 Cleopatra symbols netting her $37,500.  No wonder it’s a player favorite. Since Caesar’s Empire is this week’s Every Day […] 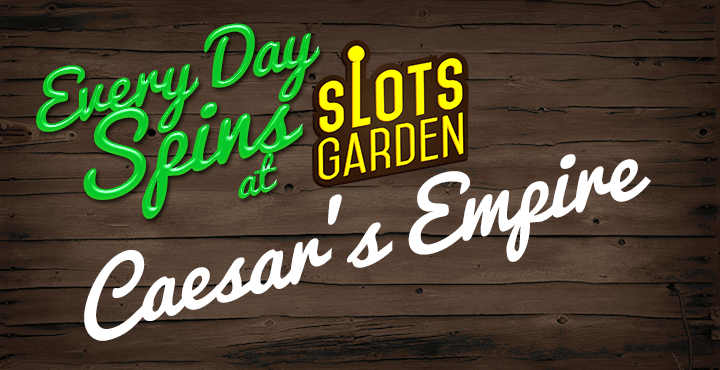 Win a bionic jackpot with 98 spins on the house Over $6 million have been won so far and climbing… Even if Steve Austin sold one part of his bionic body a week, he still wouldn’t have enough to pay off ‘Every Day 14 Spins’ players like you. That’s how much players have won so far, without spending a single cent. Six. Million. Dollars. Loch Ness Loot jackpot? Like the 70’s, gone. Bye-bye. Long live Caesar’s Empire, whose jackpot is currently at 20k which you can win right now. Remember, every day this week, you’ll get 7 spins to win the Caesar’s Empire jackpot when you login and play with your phone. Furthermore, you’ll get an additional 7 spins when you login and play with your PC or Mac. That’s 14 spins every day over the next 7 days for […] 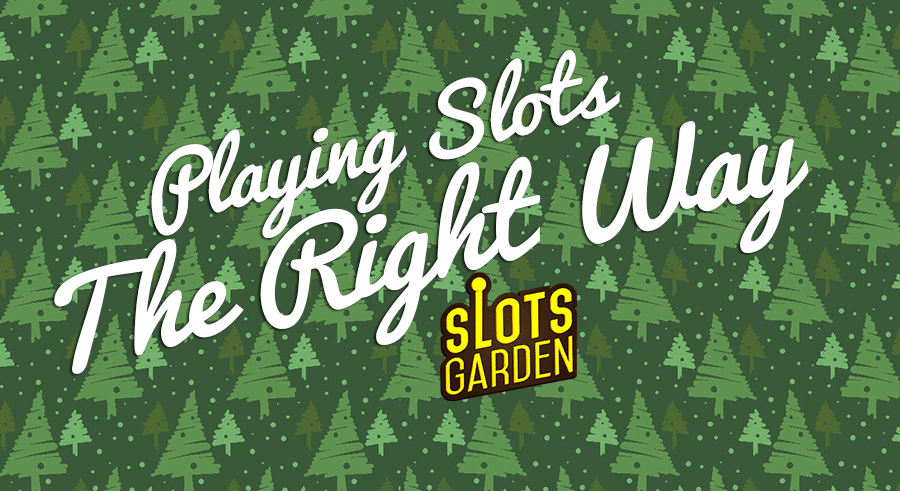 It’s like Xmas in July at Slots Garden There’s no snow, just lots of dough!   Teresa T. from Colorado woke up yesterday in the Holiday spirit. She logged in on her cell phone to play Santastic! right after breakfast. Starts at $5 a spin. Plays for about 20 minutes and then takes a shower. An hour later she plays four more hands. No luck. Goes to run errands. After lunch, on a full stomach, she gets down to business. Starts spinning, this time at 12.50 a spin. She hits 50 bucks and a Feature. The Feature pays her 67.50, 300, and 450 for a total of 817.50. Staying at 12.50 a spin, she wins 75 within the next 2 minutes before upping her bet to 25 a spin. Good strategy. She probably knows that this is a medium volatility […]